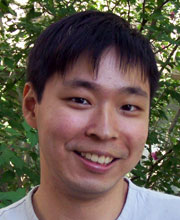 "This dissertation builds upon two well-known theorems: Macaulay's theorem on the Hilbert functions of graded ideals, and the Kruskal–Katona theorem on the face vectors of simplicial complexes. There are four parts in the dissertation. The first part covers the preliminaries, and also introduces the Frankl–Füredi–Kalai theorem, which is a result in extremal graph theory concerning $r$-colorable $k$-uniform hypergraphs.

In Part II, we use the algebraic notion of Macaulay-Lex rings to show that Macaulay's theorem, the Kruskal-Katona theorem, and the Frankl–Füredi–Kalai theorem, are in fact three special cases of one main theorem. In particular, we introduce a class of quotient rings with combinatorial significance, which we call colored quotient rings, and we characterize all possible Macaulay-Lex colored quotient rings. This gives a simultaneous generalization of the Clements–Lindström theorem and the Frankl–Füredi–Kalai theorem. As part of our characterization, we construct two new classes of Macaulay-Lex rings, thereby answering a question posed by Mermin–Peeva (2007). Using related ideas, we also show that with the exception of very special cases, the $f$-vectors of generalized colored simplicial complexes (resp. multicomplexes) are never characterized by ""reverse-lexicographic"" simplicial complexes (resp. multicomplexes).

In Part III, we look at the famous Eisenbud–Green–Harris (EGH) conjecture. It proposes an extension of Macaulay's theorem to graded ideals containing regular sequences. We apply liaison theory to prove that the EGH conjecture is true for a certain subclass of graded licci ideals. As an important consequence, we show that the conjecture holds for Gorenstein ideals in the three-variable case. This is the first time liaison theory appears in the context of the EGH conjecture.

In Part IV, we give complete numerical characterizations for the flag $f$-vectors of Cohen–Macaulay completely balanced complexes, and the fine $f$-vectors of generalized colored complexes. En route to these characterizations, we introduce the notion of Macaulay decomposability, which implies vertex-decomposability, and we generalize the notion of Macaulay representations. We also construct a poset $\mathcal{P}$ of such generalized Macaulay representations, and show that proving the Kruskal–Katona theorem is equivalent to finding chains in $\mathcal{P}$, while characterizing the flag $f$-vectors of (non-generalized) colored complexes is equivalent to finding Boolean sublattices in $\mathcal{P}$. A more general statement holds. Macaulay decomposability is also interesting by itself and we use it to extend results by Babson–Novik, Biermann–Van Tuyl, and Murai.
"