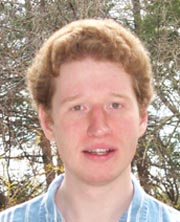 The first is the two-way forest diagram, which represents an element of F as a pair of infinite, bounded binary forests together with an order-preserving bijection of the leaves. These diagrams have the same relationship to a certain action of F on the real line that the standard tree diagrams have to the action of F on the unit interval. Using two-way forest diagrams, we derive a simple length formula for elements of F with respect to the finite generating set {x0,x1}.

We then discuss several applications of two-way forest diagrams and the length formula to the geometry of F. These include a simplification of a result by S. Cleary and J. Taback that F has dead ends but no deep pockets; a precise calculation of the growth function of the positive submonoid with respect to the {x0,x1} generating set; a new upper bound on the isoperimetric constant (a.k.a. Cheeger constant) of F; and a proof that F is not minimally almost convex.

Next, we introduce strand diagrams for elements of F. These are similar to tree diagrams, but they can be concatenated like braids. Motivated by the fact that configuration spaces are classifying spaces for braid groups, we present a classifying space for F that is the "configuration space" of finitely many points on a line, with the points allowed to split and merge in pairs.

In addition to the new results, we present a thorough exposition of the basic theory of the group F. Highlights include a simplified proof that the commutator subgroup of F is simple, a discussion of open problems (with a focus on amenability), and a simplified derivation of the standard presentation for F and the normal form for elements using one-way forest diagrams.