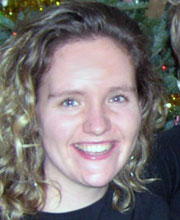 NSF postdoctoral fellow at Warwick College for one year, followed by four years as an NSF fellow and Benjamin Peirce assistant professor at Harvard University

A New Link Between Teichmüller Theory and Complex Dynamics

We prove that if Vf ⊂ P|P| – 3 × P|P| – 3 is the graph of such a map gf , so that the algebraic degree of gf is d, then gf is a completely postcritically finite endomorphism. Moreover, we prove in this case that the Thurston pullback map σf : Teich(S2,P) → Teich(S2,P) is a covering map of its image, and it is not surjective. We discuss the dynamics of the maps gf in the context of Thurston's topological characterization of rational maps, and use the map σf  to understand the map gf and vice versa.