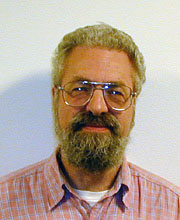 Dynamical systems describe evolutionary processes in the world around us. The theory of these systems stimulated the development of different branches of mathematics like topology, Lie groups theory, theory of automorphic functions and so on. The modern theory of dynamical systems contains two parts: higher and lower dimensional systems. The first part is much larger than the second one. Its major goal, amidst others, is to understand the chaotic behavior of deterministic systems, and, in particular, to explain the hydrodynamical turbulence. One of the major problems in the lower dimensional theory, namely, in the theory of planar differential equations, is the Hilbert's 16th problem: what may be said about number and location of limit cycles of a planar polynomial vector field with components of degree n? This problem still stays unsolved, but motivated a lot of progress in the theory.

In multidimensional theory, together with my students, I try to find new properties of dynamical systems that persist under small perturbations. The study is based on the heuristic principle: any effect that occurs in random dynamical systems may be found as well in deterministic ones. This principle was discovered during the study of nonlocal bifurcations [5] and developed in [13], [7], [6].

New definitions of attractors were suggested in [4]; I study them now together with my students.

The main paradigm of my study of the Hilbert 16th problem is to apply methods of multidimensional complex analysis and theory of Riemann surfaces to the study of real polynomial differential equations. The survey of this approach is contained in [9]. A larger survey of the whole theory is presented in [14]. New methods in the study of complex dynamical systems were developed, in particular, in [12], [8], [3]. Complex dynamical systems gave rise to a new branch of complex analysis, namely, to the theory of functional cochains and nonlinear Stokes Phenomena [2]. These cochains were applied to the proof of a partial answer to Hilbert's question: Any polynomial vector field has but a finite number of limit cycles [1].

A list of problems that forms my present field of interests is presented in [11]. It was a subject of a minicourse taught in a summer school organized by Christiane Rousseau and myself in Montreal, 2002 [10]. Three Lectureres of this school: A. Glutsyuk, V. Kaloshin, and S. Yakovenko are my former students.

Recently I initiated a new approach to the global bifurcation theory in the plane [17].