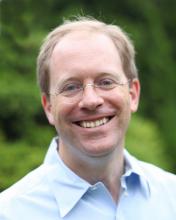 I work in geometric group theory. I study infinite discrete groups via associated metric spaces, Riemannian manifolds, graphs and cell complexes, and I focus on geometric features such as curvature, the shapes of balls, and characteristics of discs spanning loops (which can be called soap-film geometry). The setting for much of my research to date has been the geometry of the word problem for groups — a meeting-point of algebra, algorithmic complexity, geometry, topology and formal languages. My work has also touched on graph theory and cryptography.

Hyperbolic hydra (with Noel Brady and Will Dison), to appear in Groups, Geometry and Dynamics

Extrinsic versus intrinsic diameter for Riemannian filling-discs and van Kampen diagrams (with Martin Bridson), Journal of Differential Geometry 82 no. 1 (2009), 115–154.