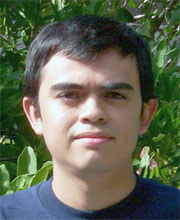 Let (W, S) be a Coxeter system, [u, v] be a Bruhat interval and B(u, v) be its corresponding Bruhat graph. The combinatorial and topological structures of the longest u-v paths of B(u, v) have been studied extensively and is well-known. Nevertheless, not much is known of the remaining paths. Here we define the shortest path poset of [u, v], denoted by SP (u, v), which arises from the shortest u-v paths of B(u, v). If W is finite, then SP (e, w0) is the union of Boolean posets, where w0 is the longest-length word of W. Furthermore, if SP (u, v) has a unique rising chain under a reflection order, then SP (u, v) is EL-shellable.