A History of Dynkin's School

A History of Dynkin's School

F. I. Karpelevich, I. Z. Rozenknop, V. A. Uspenskii, N. N. Chentsov, A. A. Yushkevich and F. A. Berezin participated in 1944–46 in Dynkin’s "mathematical circle" (mathematical club) for high school students at Moscow State University. After admission to Moscow University, they worked at his seminars for undergraduate students. The first publications of Karpelevich and Uspenskii [about Uspenskii] contained solutions of problems posed at these seminars. Karpelevich, Rosenknop and Yushkevich later became Dynkin's Ph.D. students. Berezin and Chentsov had their master diplomas supervised by Dynkin. After that they worked mostly with I.M. Gelfand. Uspenskii became a Ph. D. student of A. N. Kolmogorov. [More about Dynkin’s school circles and undergraduate seminars can be found in Russian Mathematical Surveys, 49:4, 183-191 (reproduced at http://www.math.cornell.edu/~ebd/ebda.html).]

The freshman seminar on "Selected Problems in Contemporary Mathematics" transformed gradually into two seminars: one on Lie groups and Lie algebras and the other on probability theory (two main fields of Dynkin's research). Besides F. I. Karpelevich, A. L. Onishchik [about Onishchik] and E. B. Vinberg, among the active members of the Lie seminar were A. A. Kirillov, S. G. Gindikin, F. A. Berezin, A. S. Schwarz, G. N. Tyurina and D. B. Fuchs.I. I. Pyatetsky-Shapiro, who joined the seminar after returning to Moscow from Kaluga, had a great impact on the work of many participants. [See Preface in Lie Groups and Lie Algebras: E. B. Dynkin's Seminar, S. G. Gindikin and E. B. Vinberg, Editors, Amer. Math. Soc. 1995 (reproduced at http://www.math.cornell.edu/~ebd/ebda.html).]

The seminar on probability theory began during the 1954–1955 academic year. The initial core included R. L. Dobrushin, F. I. Karpelevich, N. N. Chentsov, A. A. Yushkevich and A. V. Skorokhod (who came to Moscow from Kiev in 1954 to become Dynkin's Ph. D. student). New participants joined the seminar as undergraduates and remained there through their graduate study and beyond. As a rule, young people were recruited at a very early stage. Once in awhile Dynkin volunteered to give the basic courses in algebra or analysis for freshmen and he arranged seminars on various topics for beginners. Later some participants moved to the advanced seminar on probability (or algebra). First came R. Z. Khasminskii, V. M. Zolotarev and V. A.Volkonskii. The next group included I. V. Girsanov, Ya. G. Sinai* [CV, Bibliography] and L. V. Seregin. On the advice of Girsanov, A. D. Wentzell came to the seminar for beginners when he was yet in high school. Soon he became one of the most active members of the advanced seminar. Then came M. I. Freidlin, M. G. Shur,V. N. Tutubalin and, finally, N. V. Krylov, M. B. Malyutov and S. A. Molchanov. The central place in the work of the seminar was occupied by the theory of Markov processes and its applications to mathematical analysis which was a rapidly developing field at that time. [Work of the probability seminar during the 1950s is described in Russian Mathematical Surveys, 15:2 (1960), 1-21 (also reproduced in http://www.math.cornell.edu/~ebd/ebda.html).]

*The first publication of Sinai contained a solution of a problem posed at Dynkin's seminar. Later he became a Ph.D. student of A. N. Kolmogorov.

In 1963, Dynkin returned to work with gifted high school children. Assisted by a team of university students, he organized evening mathematical classes at Moscow High School #2. As a result of one year's work, 90 bright students were admitted to School #2. For two years, as a part of the school program, they listened Dynkin's lectures and worked in seminars given by his assistants. Among the participants of this program were I. V. Evstigneev, S. E. Kuznetsov, M. I. Taksar and S. M. Natanzon who later became Dynkin's Ph.D. students. S. M. Gusein-Zade (a student of V. I. Arnold) [about Gusein-Zade] and S. A. Pirogov (a student of Ya. G. Sinai) also started their creative work at Dynkin's seminars for undergraduates.

A seminar on Martin boundaries (on the border between probability theory and algebra) was run by Dynkin in 1964–1965. At this seminar, G. A. Margulis (who was at that time a junior undergraduate student) got his first original results (on positive harmonic functions on nilpotent groups). They were published in Doklady of the Academy of Sciences of USSR. (The advisor of his Ph. D. dissertation was Ya. G. Sinai.) [A history of Margulis] 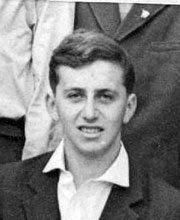 At Cornell University (where he moved in 1977), Dynkin started a seminar for his graduate students like the one in Moscow. A Moscow tradition of the seminar outing at the end of an academic year was also preserved.

In May 2004, a group of Dynkin's former students came to Cornell University for a conference Stochastic Processes and Analysis devoted to his 80th birthday. [Videos and transparencies from the conference]