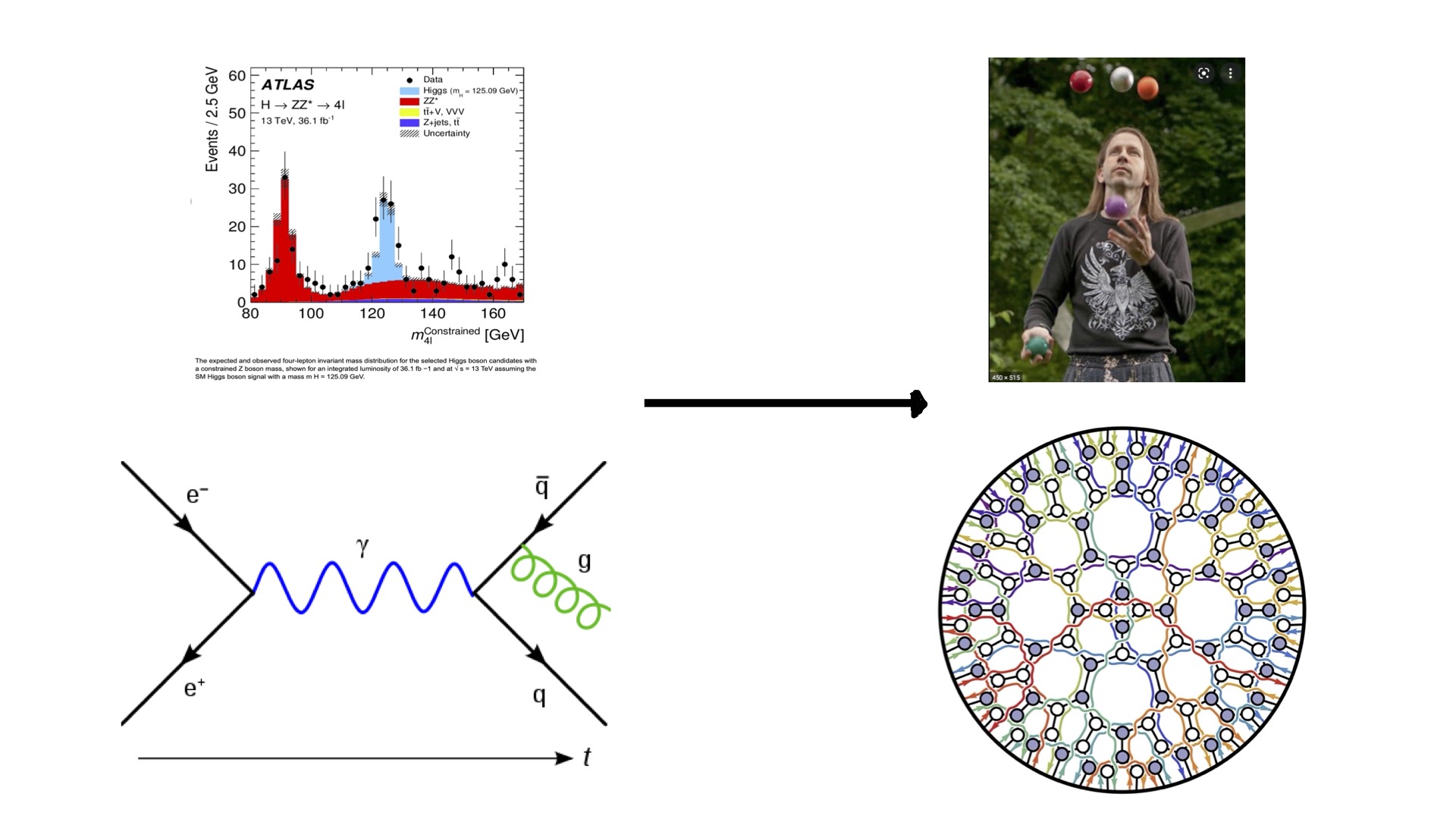 Perhaps you've heard of the Amplituhedron, a geometric object discovered about 7 years ago that computes amplitudes from scattering experiments in quantum field theory. The Amplituhedron and related physics within the field of "on-shell Amplitudes" have recently been found to have connections to a number of different areas of math, ranging from Schubert calculus, polytopes, and cluster algebras, to motives, intersection theory, hyperbolic geometry, and multiple zeta values/polylogarithms, etc.
In fact, the Amplituhedron is a sort of projection of an object known as the positive Grassmannian. This is an object with a nice stratification that corresponds to juggling patterns (a connection found by Allen Knutson, as noted in the title of the talk). I have two major goals in this talk:
(1) To run through the basic physics such that a mathematician can have a sense of and appreciation for the physics involved if reading a paper on mathematical ideas springing from this area of physics.
(2) To connect the dots that will take us from particle physics experiments to juggling (this is denoted by the photo: the left side involves old/textbook quantum field theory with Feynman diagrams, the right side involves the newer "on-shell" diagrams).
Therefore, the first half or a little more of the talk will be going through quantum field theory, including explaining what a Feynman diagram means, from a mathematician's (my) perspective. Then I will discuss the connections to on-shell diagrams (called plabic graphs in the mathematical literature), the positive Grassmannian and its decomposition into positroid varieties, and juggling patterns.
This is a lot to cover in a short amount of time, so I would be glad to continue talking about this stuff afterwards if there is interest. All students and faculty are welcome to attend.