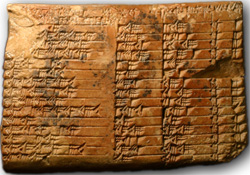 Algebra provides the mathematical tools to find unknown quantities from related known ones, the famous quadratic equation being a familiar example. The subject interacts with all of mathematics as well as many applied fields. For instance, symmetries of pyramids or cubes, or indeed any object, can be viewed through the lens of algebra.

From Walter Feit’s pioneering work in finite group theory in the middle part of the 20th century to Moss Sweedler’s work on Hopf algebras to Ken Brown’s text, Cohomology of Groups, algebra has a long and strong history at Cornell.

The tradition continues, though research specialties have changed as has the discipline over the decades. Today the algebra group at Cornell includes experts in algebraic geometry, computational methods and commutative algebra, group theory, number theory, and representation theory. There are significant overlaps with combinatorics, probability, and topology.